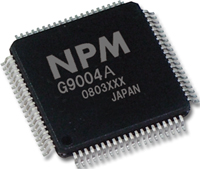 Series G9004A
G9004 is the CPU emulator used as a local device for Motionnet system.
It can control various peripheral chips by performing like a local CPU. It can also communicate with an additional CPU installed at the local site.

Browse
Back To Pages